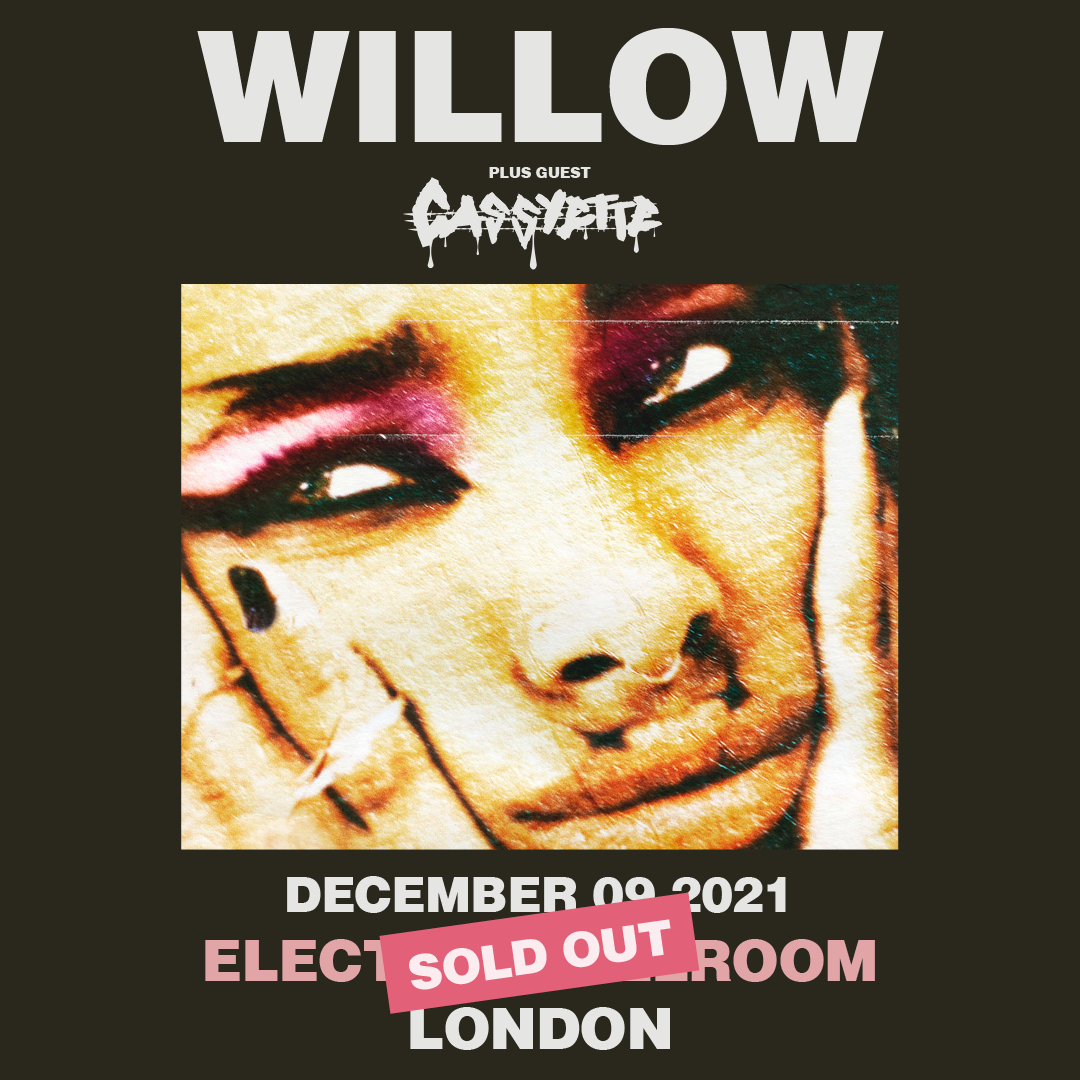 There won’t be COVID vaccination checks upon entry, but we would urge attendees to take a lateral flow test to insure everyone’s safety!!

At 20 years old, WILLOW has spent most of her life working in the music industry and often
making R&amp;B tinged music that supported her vocal training. With more time than ever to
experiment in her writing process this past year, she began making demos and writing songs
that not only utilized her abilities as a guitar player but that were deeply inspired by her heroes
and the music she grew up listening to. From ages 3-7, she accompanied her mother’s nu-metal
band Wicked Wisdom on tour. The band featured powerful rock vocals and crushing guitars
which paved the way for WILLOW’s own musical tastes including My Chemical Romance,
Paramore, Fall Out Boy and more. That early oughts pop-punk and emo influence isn’t just
heard throughout her forthcoming record, but also features some of WILLOW’s heroes of the
era such as Travis Barker, Avril Lavigne and more. As with all of WILLOW’s music, her lyrics
are introspective and ethereal, examining her interior life and her place in the world. With this
authentic sonic palette, she screams out the questions and answers she finds in her
philosophical pursuit.