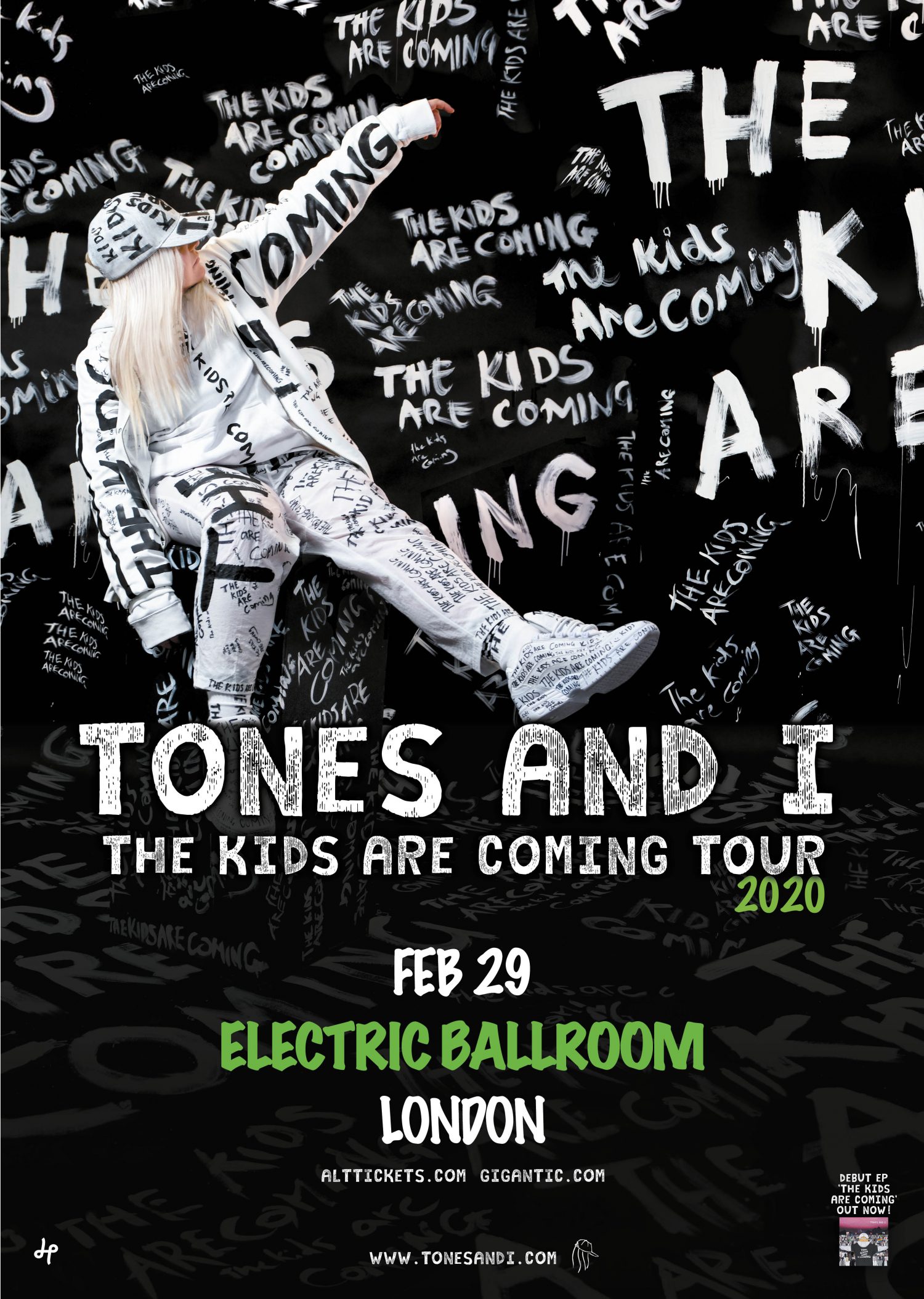 Originally from Australia’s Mornington Peninsula, Tones And I journeyed to Byron Bay in early 2018 to take a chance at busking. On the first day she had crowds spilling onto the street, so she quit her retail job and decided to make Byron her new home.

After uploading her first release – ‘Johnny Run Away’ – to triple j unearthed in February 2019, there was unprecedented buzz from triple j’s top presenters and the track had its first spin on the national broadcaster the same day. A week later ‘Johnny’ was added to high rotation on triple j and shot to number one most played for two weeks straight. Shortly after it was picked by radio stations across the board nationally and raced to ARIA certified gold sales.

Her second release ‘Dance Monkey’ is having a similar result, getting added to triple j high rotation on the same week as release and both tracks already building millions of streams globally.

Tones booked her first ever headline shows in Australia which all sold out within days of announce resulting in multiple dates been added.

There’s a debut EP in the works and international touring plans for 2019 and beyond.