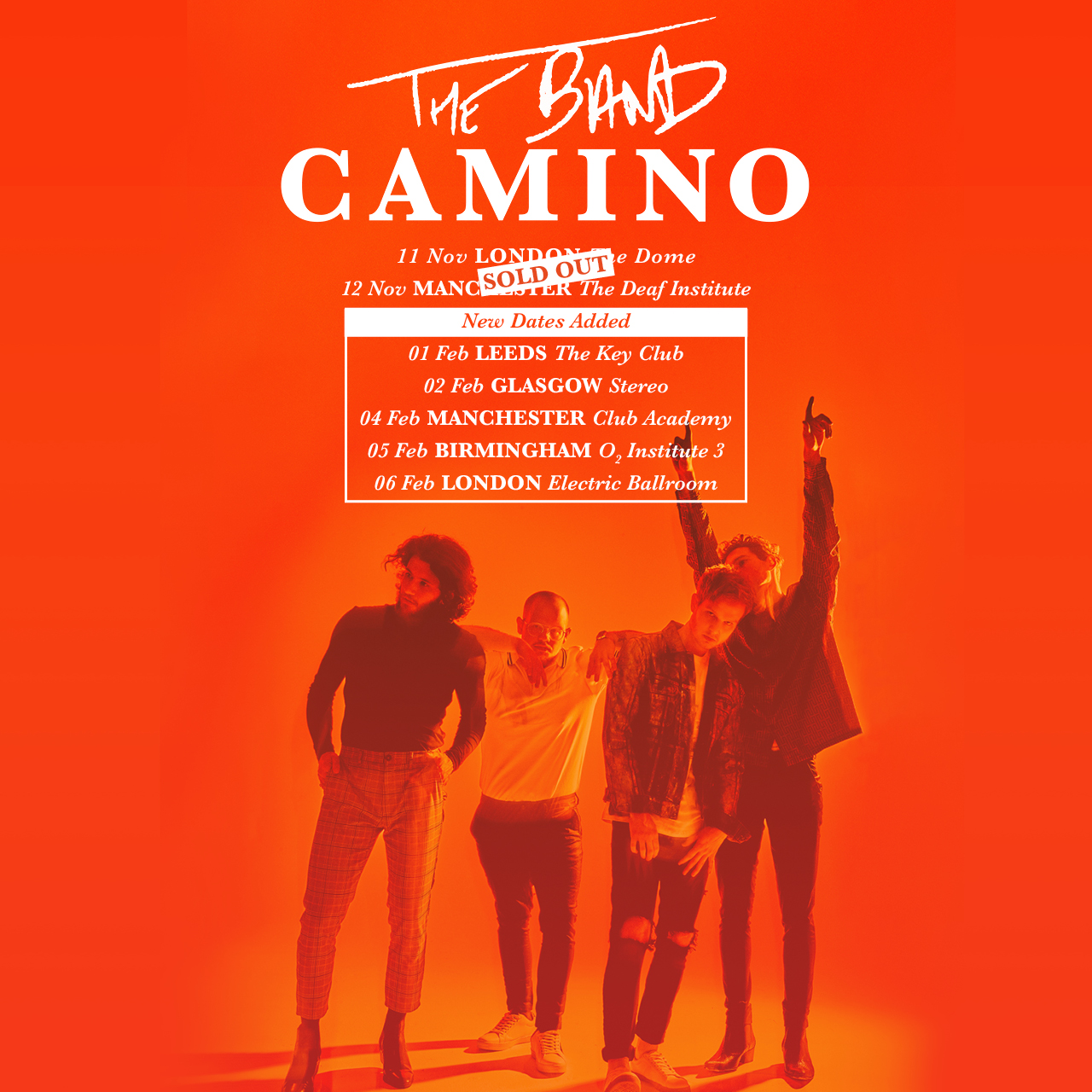 Nashville-based group, The Band CAMINO, have announced plans for the first ever European headline tour in support of the brand-new Elektra Records debut EP tryhard. Dubbed “Rock’s next big thing” by Billboard, The Band CAMINO write lovelorn songs about perseverance and personal growth. Comprised of members Jeffery Jordan, Graham Rowell, Spencer Stewart, and Garrison Burgess, The Band CAMINO have released two EP’s (2017’s Heaven and 2016’s My Thoughts On You), and an array of anthemic and gleaming singles that have collectively amassed over 70 Million streams in the U.S. alone. The Band CAMINO’s mutual trust and eclectic songwriting attests to the worth of putting an honest effort in.