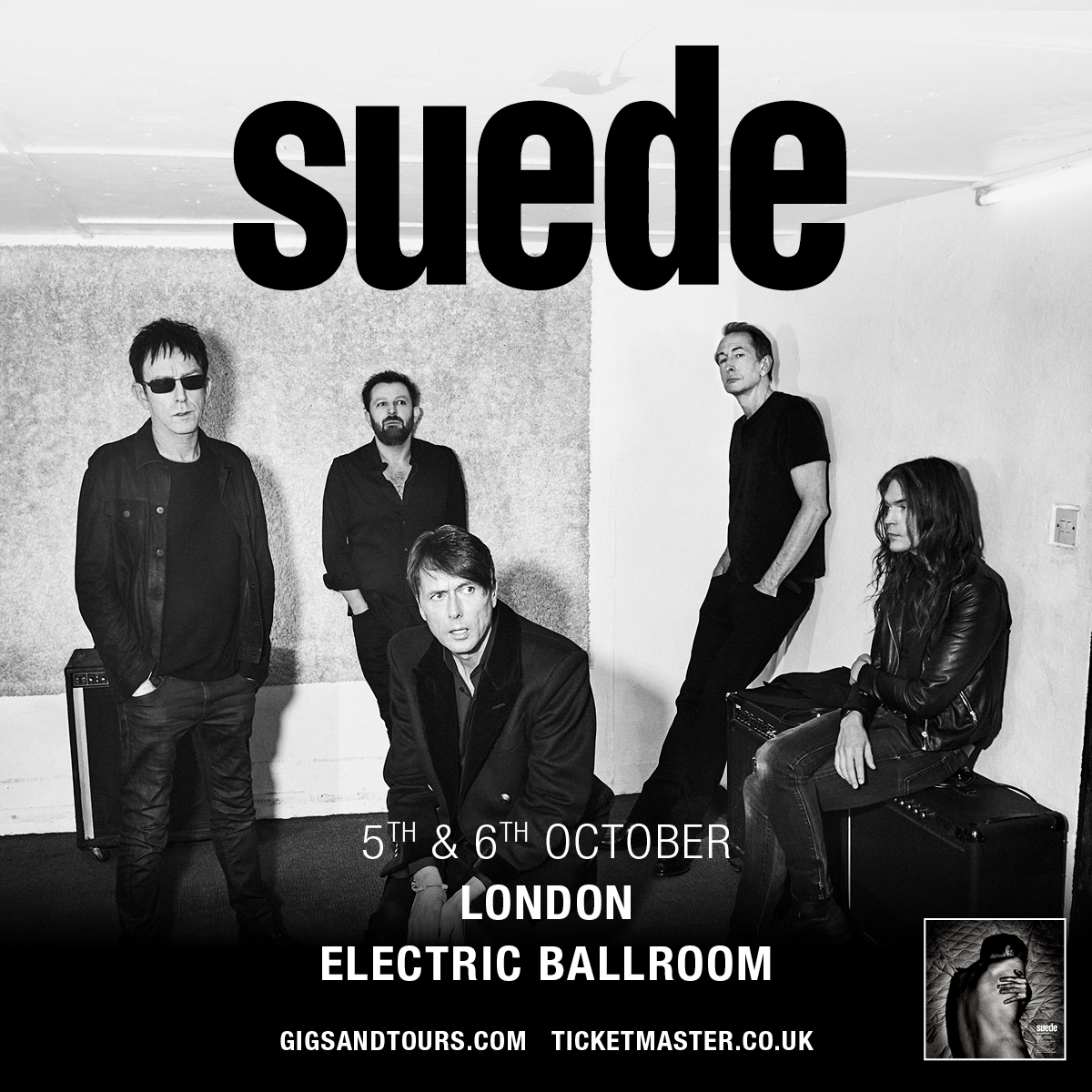 Suede return with the announcement of Autofiction, their ninth studio album, due for release on 16th September 2022 via BMG.  As Suede began work on the songs that would become Autofiction, they decided to go back to basics. In a move that recalled their most formative days, Brett Anderson, Mat Osman, Simon Gilbert, Richard Oakes and Neil Codling schlepped to a rehearsal studio in deserted Kings Cross to collect a key, hump their own gear, set up and start playing. Speaking about Autofiction, Brett Anderson said:

“Autofiction is our punk record. No whistles and bells. Just the five of us in a room with all the glitches and fuck-ups revealed; the band themselves exposed in all their primal mess.”

Autofiction was recorded live at Konk studios in North London with long-time Suede collaborator, Ed Buller. Ed first worked with the band producing their debut single ‘The Drowners’, which sees its 30th anniversary this month.

First single ‘She Still Leads Me On’ is the track that reconfigured what the album could be. A beautiful song written from Brett to his late mother. As its title suggests, Autofiction is one of Anderson’s most personal records yet. Reflecting on the process of writing acclaimed works of memoir Coal Black Mornings and Afternoons With The Blinds Drawn helped Brett get a newfound perspective on himself as a performer and singer in the public eye, much of which has bled into the lyricism of Autofiction.