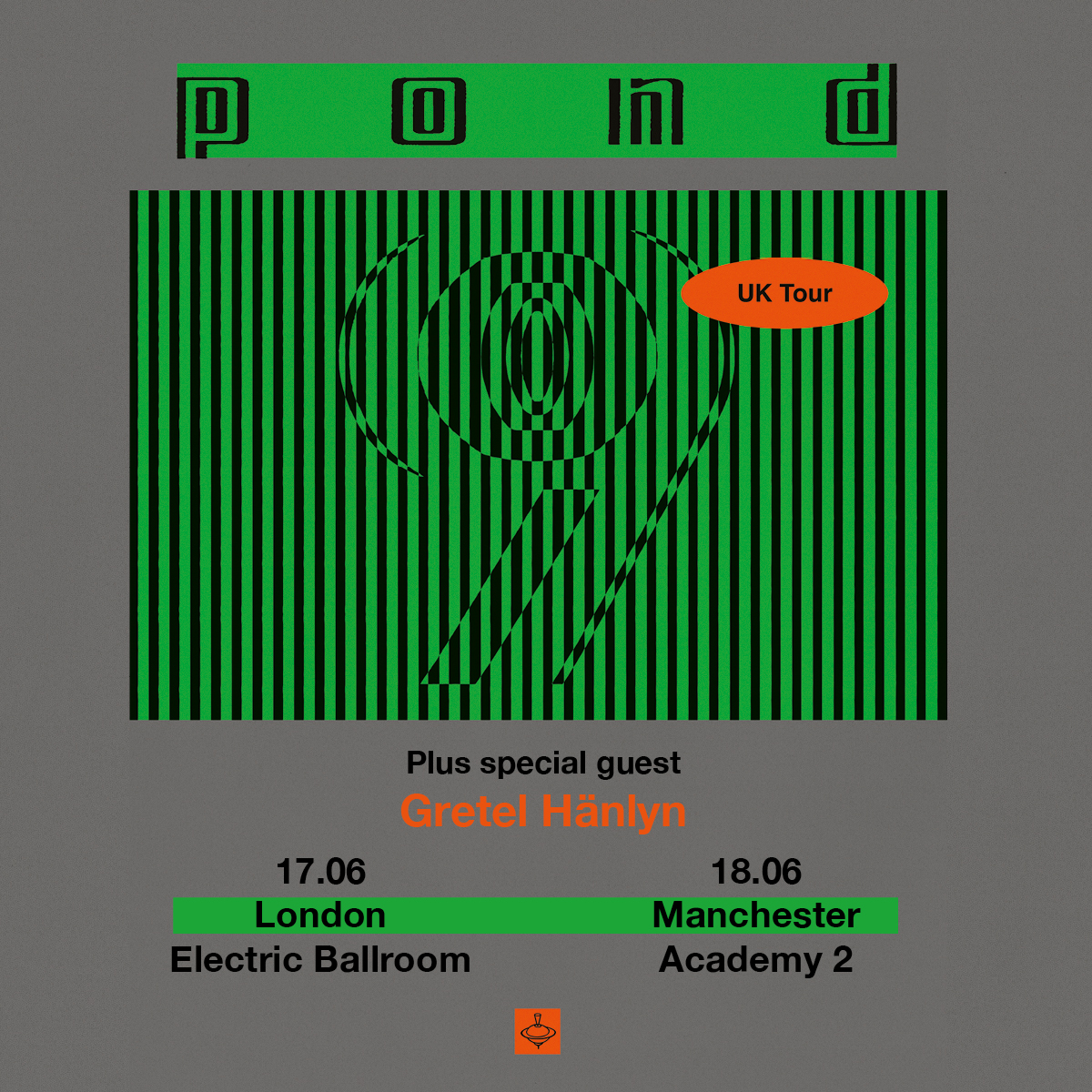 Following the recent release of their ninth studio album 9, Pond announce a UK and Europe headline tour due to take place in May and June 2022.

Originally formed in the turn of the 2010’s, as “a Royal Trux-cum-Cream power trio,” fronted by Allbrook with Jay Watson and Joe Ryan, Pond added Jamie Terry shortly afterwards, with James Ireland later rounding out the irrepressible five-piece. Ever prolific, Pond boasts an impressive nine studio albums in their ever expanding repertoire. Pond possesses an ever-expanding performance resumé, having toured with Arctic Monkeys, MGMT and Flaming Lips. They have stunned at premiere musical festivals around the world including Glastonbury, Coachella, Primavera, Bonnaroo, Reading and Leeds, The Governors Ball, South by Southwest, St Jerome’s Laneway, Splendour in the Grass and more. They have sold out countless venues around the globe from New York’s Bowery Ballroom to Paris’ La Gaite Lyrique and London’s O2 Forum.

Tickets are on general sale from 10am on Wednesday 24th November!!