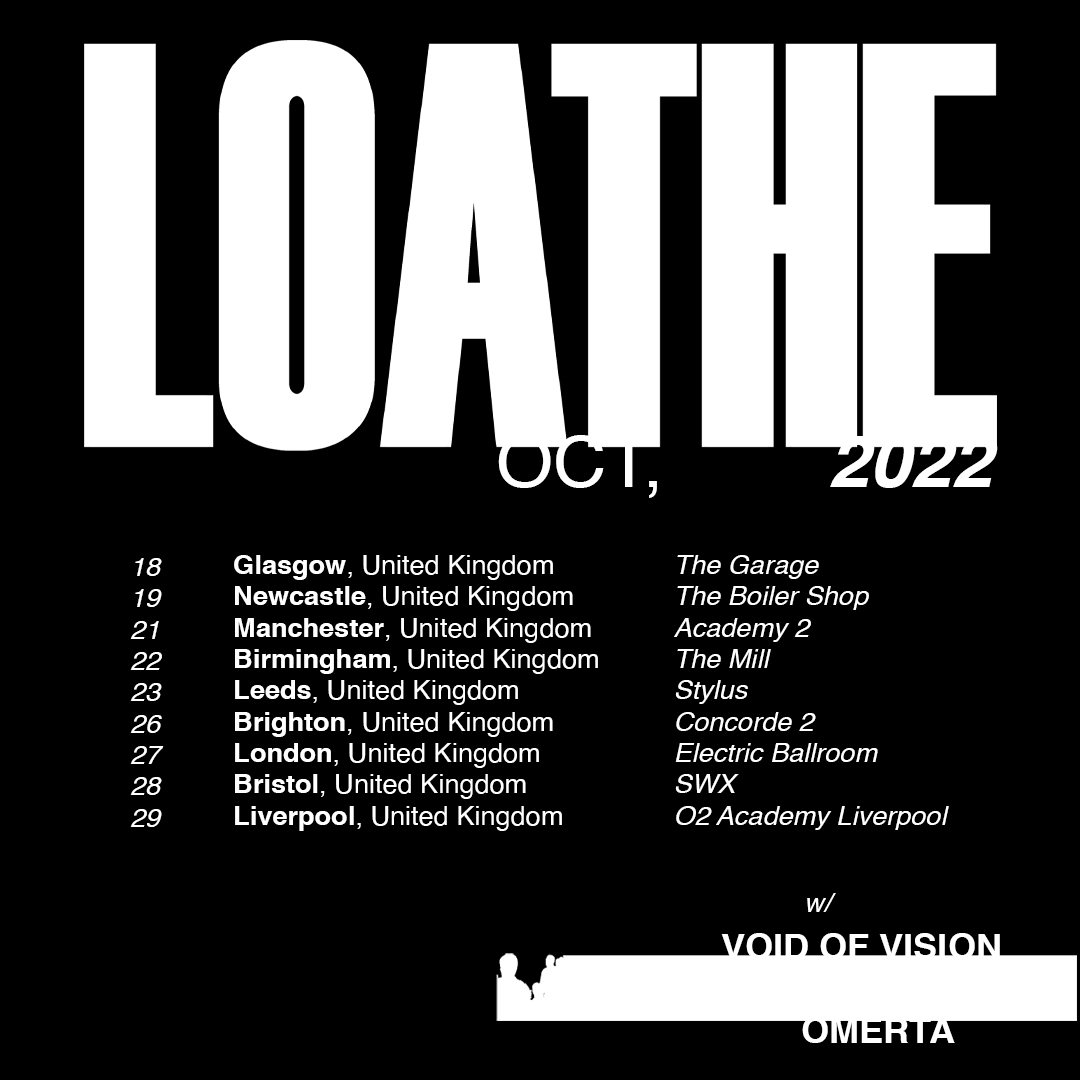 Loathe have been making waves in the British underground heavy music scene since their formationin 2014. Debut album 2017’s The Cold Sunput them on the map, landing them nominations for Best New Band at the Metal Hammer Golden Gods and Best UK Breakthrough Band at theHeavy Music Award. Their intense, visceral multi-media live show marked them out early as a band with broad ambitions. Their second full-length album, 2020’s I Let It In and It Took Everything, followed by 2021’s The Things They Believe continued to propel the band forward –their gutsy ambitions beginning to be realised.