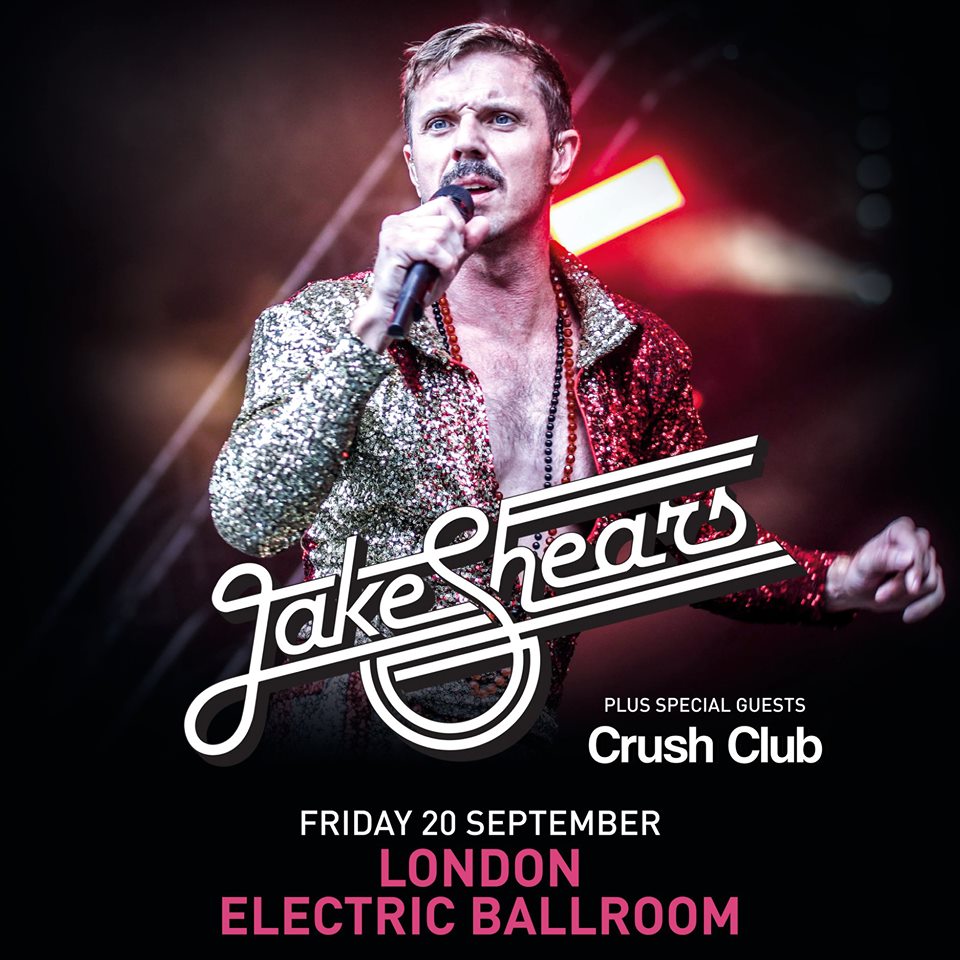 plus support from CRUSH CLUB

JAKE SHEARS is the lead singer of the multiplatinum-selling, Grammy-nominated, Brit award-winning glam rock band SCISSOR SISTERS. In 2018 he joined the cast of Kinky Boots on Broadway in the lead role as Charlie Price, and released his debut book and memoir Boys Keep Swinging. In August 2018 Jake Shears released his eponymous debut solo album to critical acclaim, followed by tours in the UK and US, and most recently in Australia with Kylie Minogue. When not on the road he divides his time between Los Angeles, New York and New Orleans.

Please note this show is 14+ (under 16s to be accompanied by an adult).