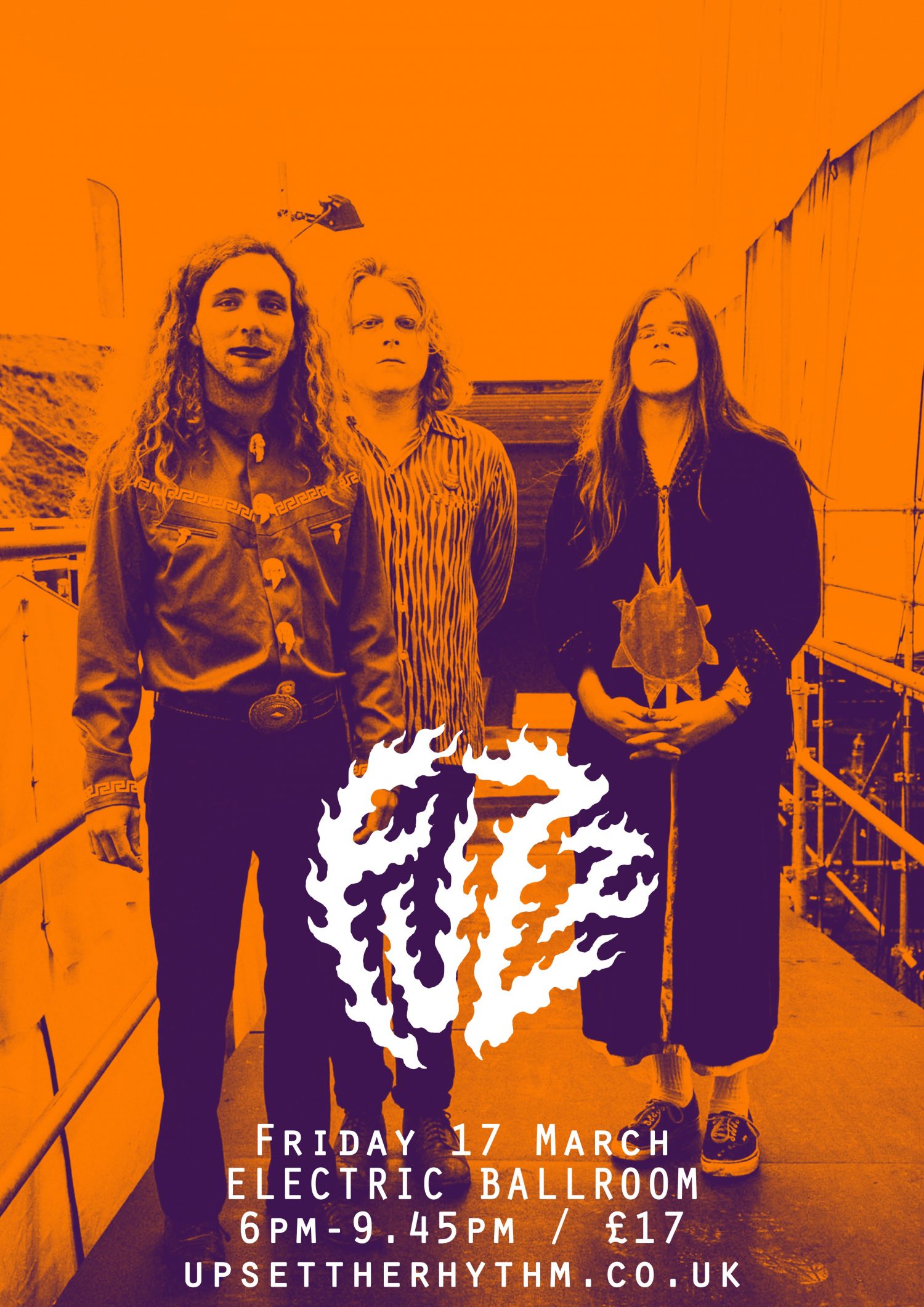 The upcoming Fuzz show has been rescheduled and will now take place on 17th  March 2023.

Existing tickets will remain valid for the new date.

Statement from the band:

“All European Fuzz dates will be cancelled due to one of the band members’ ongoing recovery from a medical situation. The band and all involved hope to reschedule the dates as soon as everyone is back to full health. In the meantime, Fuzz and crew send love and positive energy in these trying times.”

FUZZ are back! Ty Segall, Charles Moothart and Chad Ubovich’s electrifying trio return to London this summer! Fuzz have released two studio albums to date, their self-titled release debuting back in 2013, and the more heavy metal influenced II dropping in 2015. Moothart and Segall originally formed the group, as Moothart was a touring member and guitarist for the Ty Segall backing band, and later became the drummer of Segall’s current touring group The Freedom Band. Regarding their sophomore album Ubovich stated in an interview with La Weekly: “We all kind of did something we’ve never done before, which was write together as a band. That was a first for all of us. Usually in our respective projects it’s all about writing on our own, and that process. This time we tried something definitely new.” Look out for a new release entitled ‘III’ this summer too!