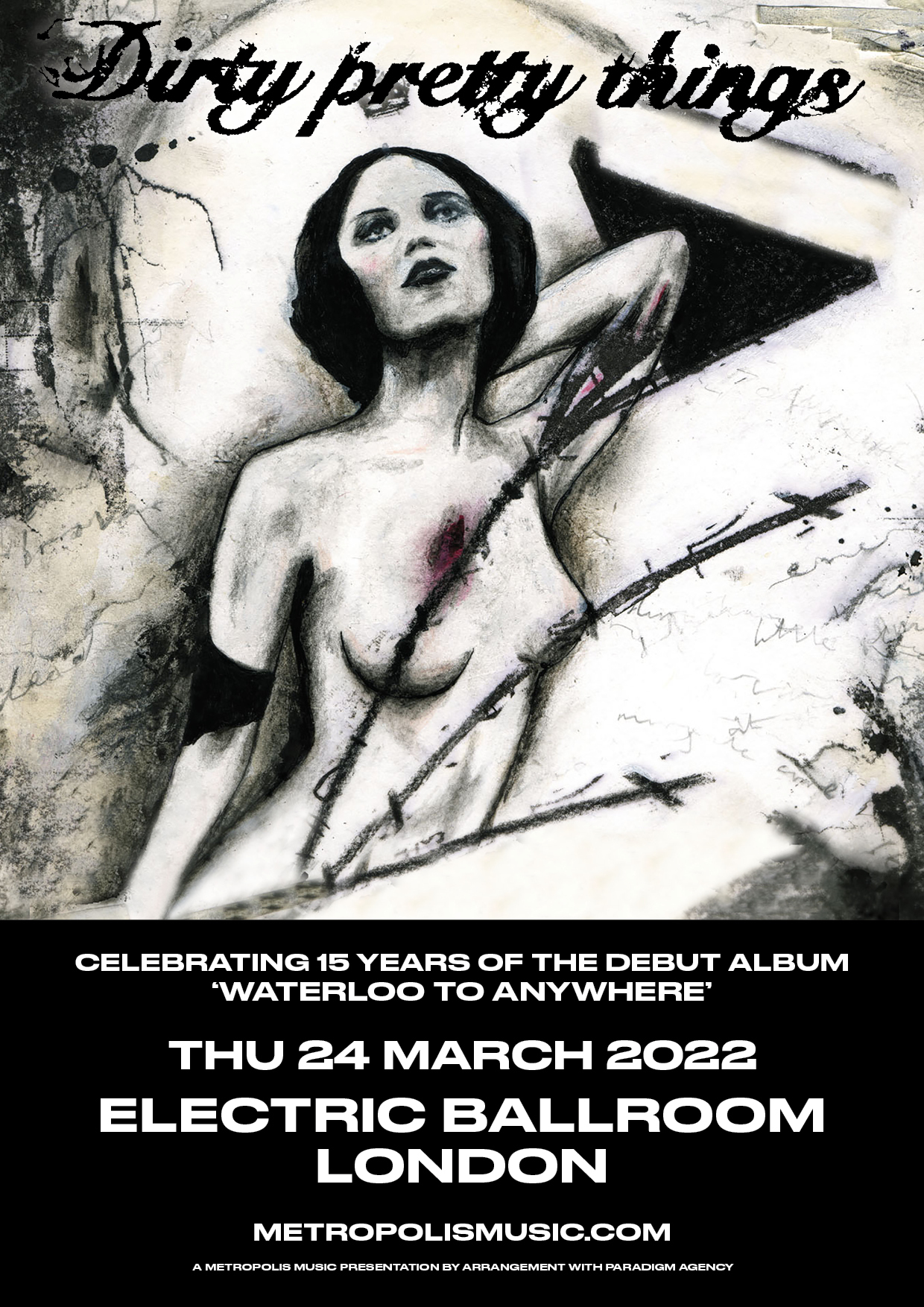 You can call Carl Barât many things, but workshy isn’t one of them. Currently touring the nation’s byways and highways with The Libertines, he only last week announced a string of solo UK dates in January and now has announced a special show by his other band Dirty Pretty Things to celebrate the 16th anniversary of their debut album ‘Waterloo To Anywhere’.

Carl Barât formed Dirty Pretty Things after The Libertines tour came to an end in 2004. He recruited fellow Libertine GaryPowell on drums, Oscar, Grammy and Golden Globe winning American songwriter Anthony Rossomando, who had toured with The Libertines as second guitarist, and on bass was Didz Hammond from The Cooper Temple Clause. The 2022 lineup of Dirty Pretty Things will feature three quarters of the original line-up–Carl, Gary and Anthony with Jamie Reynolds (formerly of Klaxons) on bass duties.