Camden Rocks Festival is quickly hotting up to be the rock n’ roll street party of the year. Over two hundred of the best new and established guitar bands will perform across twenty venues in Camden Town, celebrating everything that is vital, exciting and life-affirming about rock music right now in 2014. It’s a one-mile run of thrilling music all happening on what has always been London’s most rock n’ roll streets… 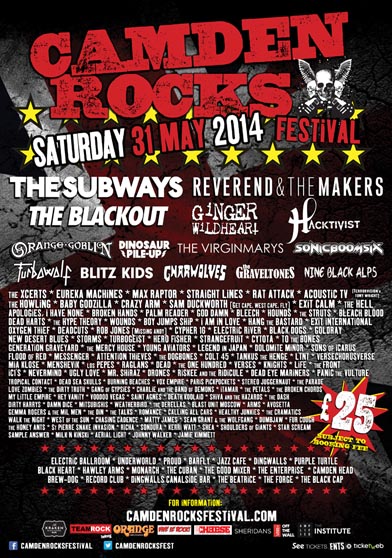