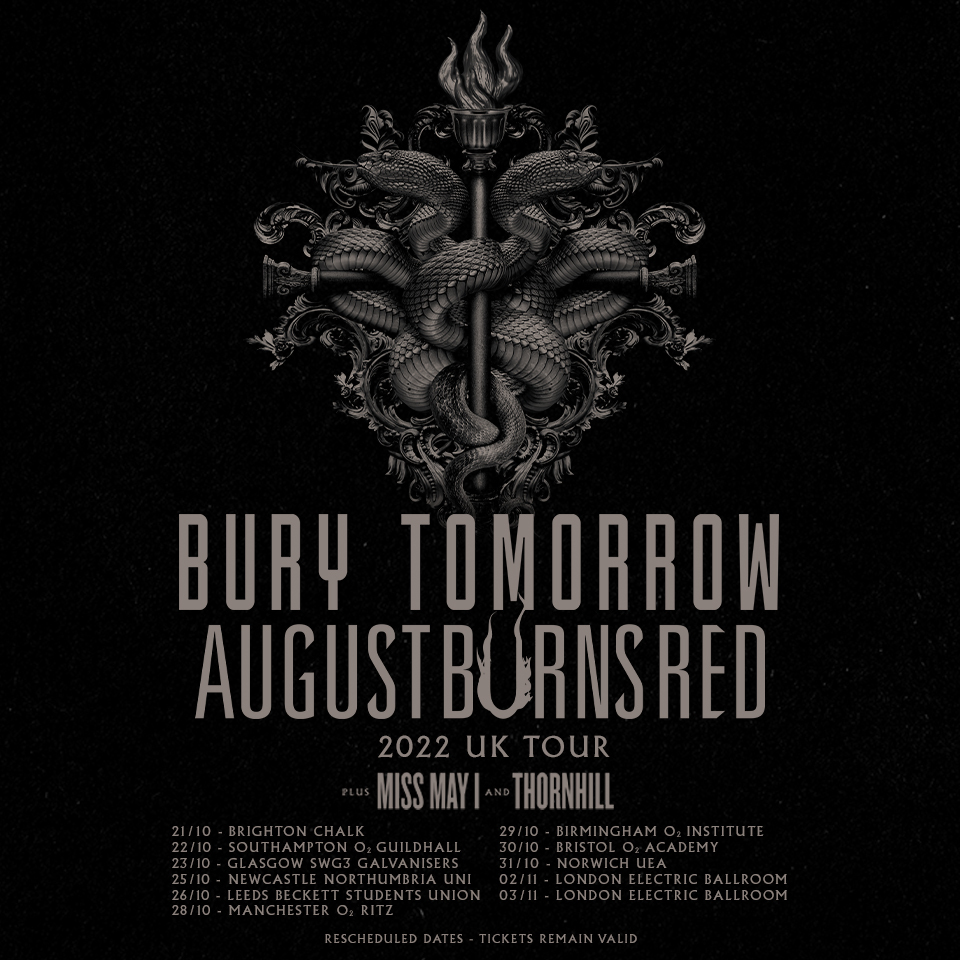 Bury Tomorrow‘s 2018 album “Black Flame” catapulted them into metal’s upper echelons. It was the band’s third consecutive UK Top 40 album -quite the feat for a heavy band.  Follow-up “Cannibal” saw the band take another leap forward. The South Coastquintet are responsible for some of metalcore’s most rousing anthems, and Cannibalis stacked with more glorious vocal hooks, razor-sharp riffs and sublime melodies that will solidify their seat at UK metal’s top table. To record it, the band reunited with SikThguitarist and Black Flame producer Dan Weller (Enter Shikari, Young Guns), while mixing and mastering was completed by Adam “Nolly” Getgood and Ermin Hamidovic, the dream team behind Architects’ Holy Hell.

The metalcore heavyweights will be joined by Miss May I and Thornhill in support on both dates.