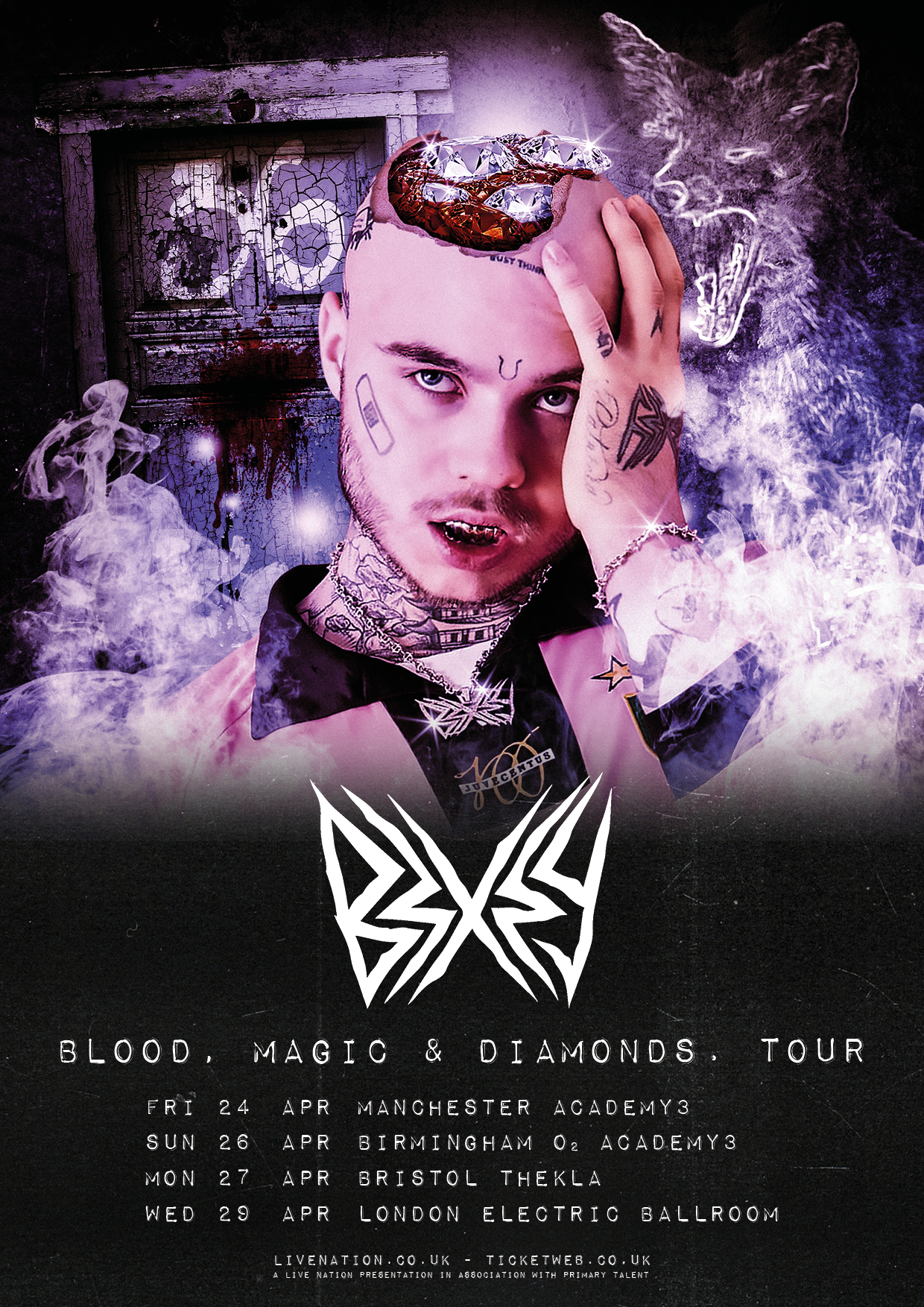 One of the most innovative up-and-coming artists on the UK hip hop scene, BEXEY, is ready to take his genre-blending sound to the masses with his “Blood, Magic & Diamonds” EP set for release early 2020. Hailed by Radio 1’s Jack Saunders as “the future,” BEXEY effortlessly blends styles of grime and jungle with classic rock. He currently sits at over a 100 million streams across all platforms and his singles “HOT STEPPA,” “GO GETTA” and “CUTTHROAT SMILE” all hit one million streams within their first week of release. This past year he performed to sold out crowds on his UK and European tour, played at Reading & Leeds and took his talents across the pond to collaborate with Miami based rapper Jackboy for the track “London to 1800.” Most recently BEXEY made an appearance on the “Sway in the Morning” radio show on Sirius XM, where he shared everything from manifesting his appearance on the show, to the “family” connection he has with his fans, and the importance of being open about mental health, all of which left a lasting impression with those in the studio. He also spoke about the music that inspires him and showcased his lyrical flow on several freestyles including one with Dave East.

Tickets on sale Friday 24th January at 9am.