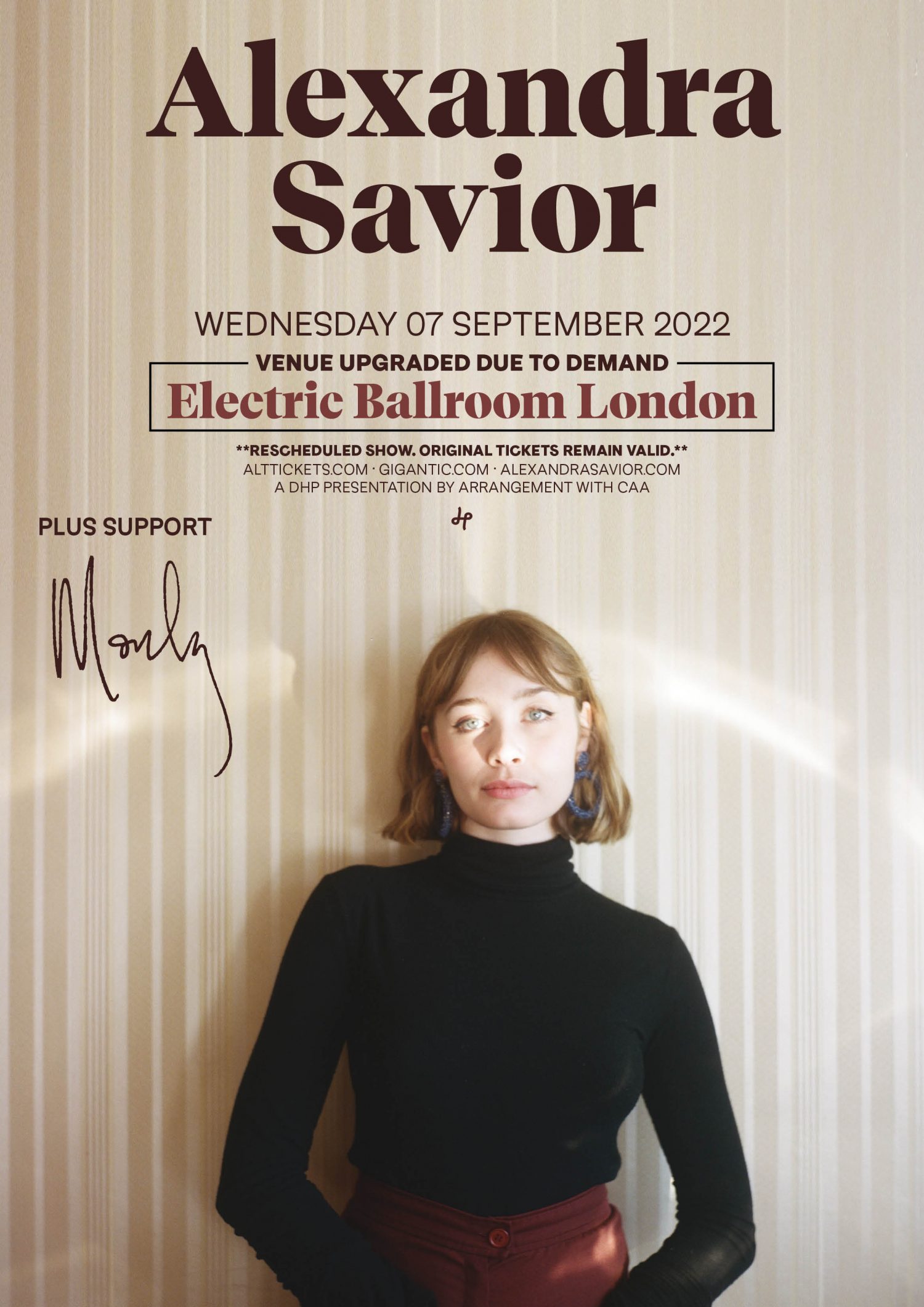 Due to Covid-19 concerns and the ongoing health crisis, this show due to take place at London Electric Ballroom on 10th February 2022 has been rescheduled and will now take place on 07th September 2022.

All tickets are honored for the new show.

Known for her heavily atmospheric and dreamy psychedelic sound that’s aptly described as “desert rock” or an extension of the neo-torch song, Alexandra Savior is an American alternative pop/rock singer/songwriter from Portland, Oregon.Developing an eclectic musical taste during her teens, Savior became interested in writing her own songs at the age of 14. Inspired by a broad range of artists such as Otis Redding, Jack White, Amy Winehouse, and Etta James, she began penning her own lyrics and figuring out her artistic direction by logging melody ideas and different guitar techniques via tape recorder.