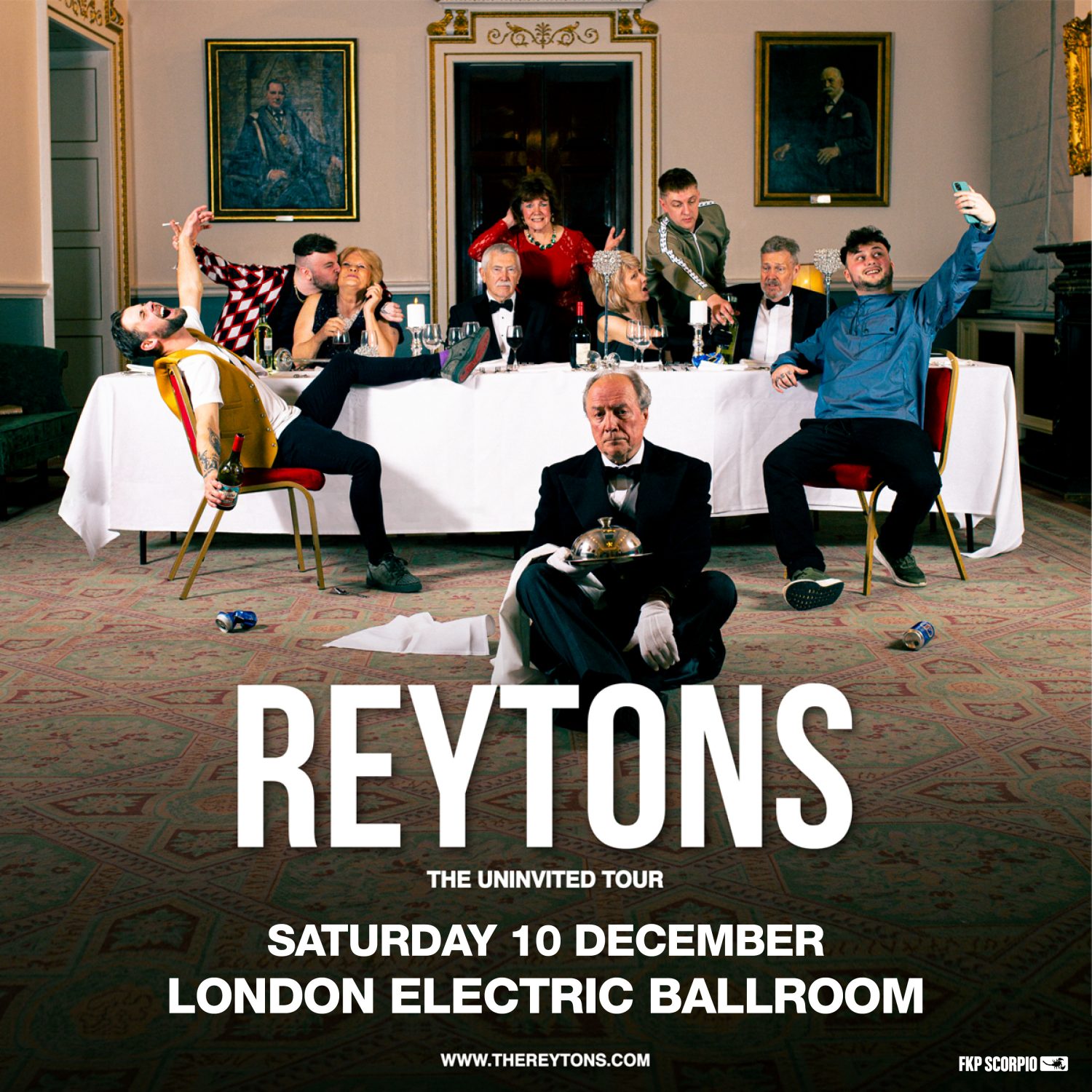 The Reytons have quickly risen from hometown heroes in South Yorkshire to a nationally renowned indie-rock outfit. A word of mouth sensation, they continue to hit the country with sold out show after sold out show, with an almost football-like tribalism translating to their gig atmospheres in war chants and flares.

The Reytons built on their Top 40 charting EP in February 2021 by smashing an 11th place finish with their debut album ‘Kids Off The Estate’ in November 2021, up against the likes of Abba, Ed Sheeran, Little Mix and Taylor Swift.

Frequent support has been received from the likes of BBC Radio 1 who have championed The Reytons with spot plays on Future Artists & The Indie Show (Jack Saunders), Future Sounds (Annie Mac), plus Radio X (John Kennedy) and more.

Recently dubbed as ‘a colossal live force’ by Clash, The Reytons are already infamous for their raucous live shows. After selling out every single show on their 2021 album tour, the Reytons went on to sell out Rotherham’s prestigious 4,500 capacity Magna in only 10 hours, before taking their trademarked live carnage the length of the UK, playing to thousands in Spring 2022..

After a summer of huge support slots and festival shows, including two massive slots with Gerry Cinnamon, The Reytons hit the academies, taking on huge rooms in each major UK city.