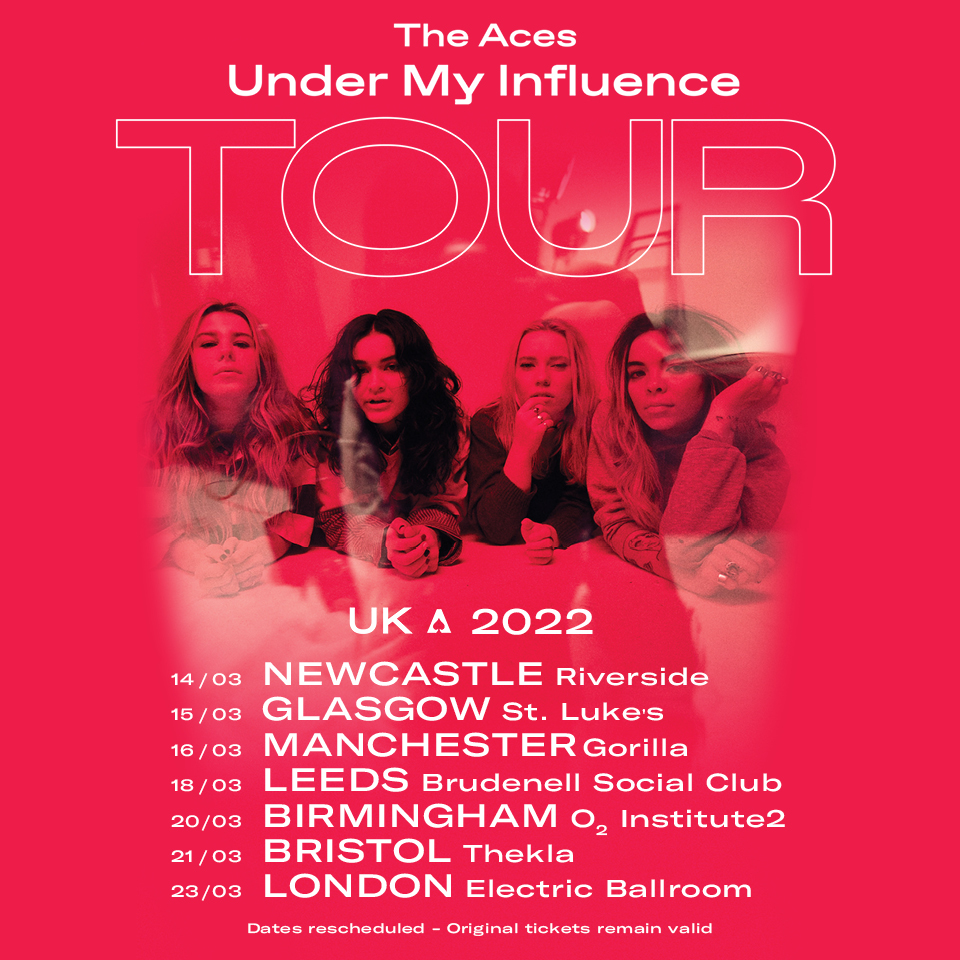 in Under My Influence Tour

The Aces are ready to greet you now, again. It’s been two years since the quartet released its acclaimed debut album, When My Heart Felt Volcanic. And in those two years, the band has supported 5 Seconds of Summer, COIN and X Ambassadors on the road, sold out their own US headline tour, and spent a countless number of hours documenting everything in-between (and after) in the songs that make up Under My Influence, or, as The Aces’ fans like to call it, “TA2.” Universally relatable and yet deeply personal, The Aces return with the confidence only time and true friendship can bring. Under My Influence isn’t just an album brimming with honesty, it’s an album brimming with trust—trust in themselves, as individuals, as a group, and in their camaraderie with their fans.