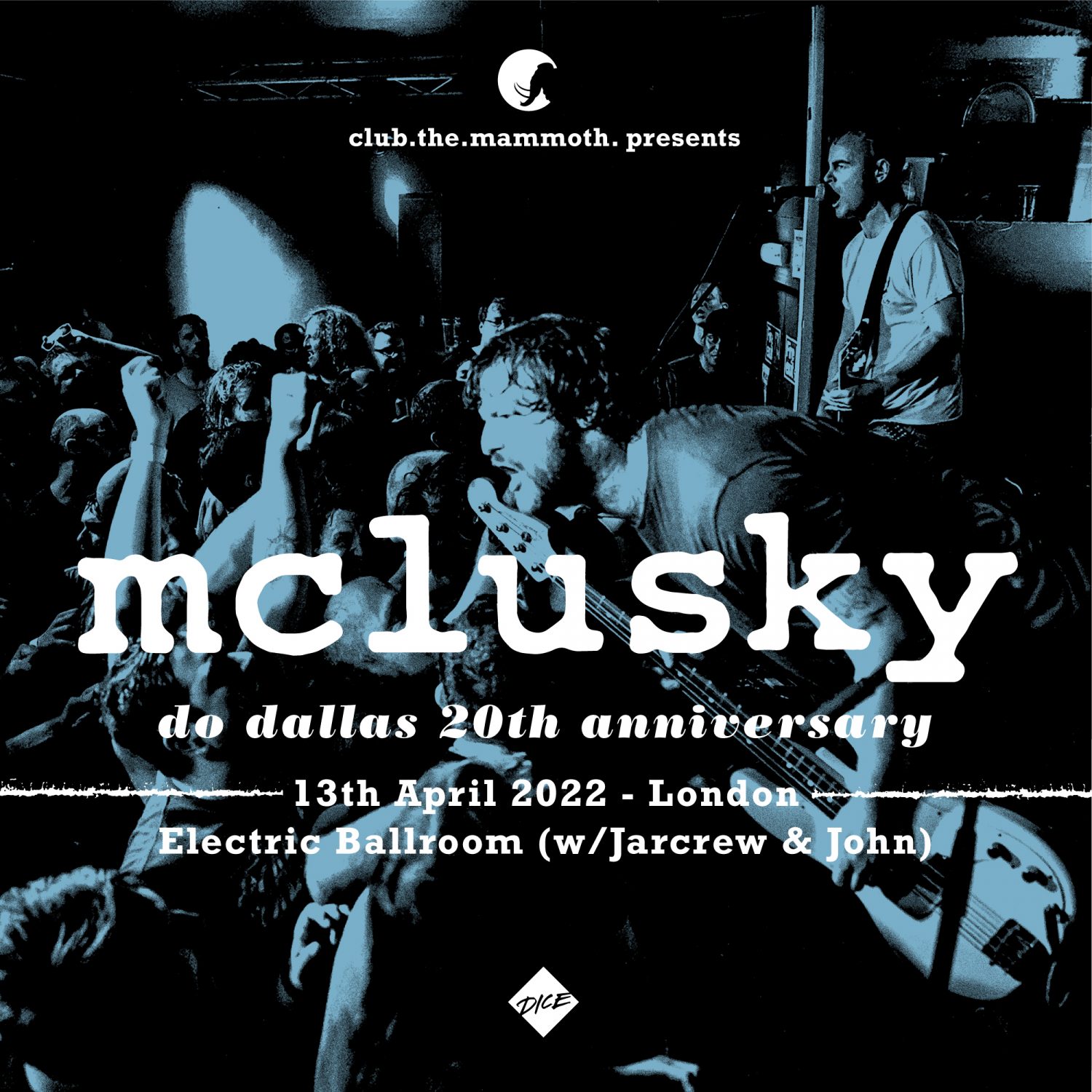 We are very excited to announce a very special show for legends mclusky at Electric Ballroom on 13th April 2022 celebrating the 20th Anniversary of their classic album mclusky Do Dallas.

Support from JOHN and Jarcrew.
mclusky were a band between 1999 and 2005, in which time they made a few friends and three albums. Slow-forward 16 years and, thanks to the uncanny pull of nostalgia and gravity, they have made more friends but no more albums. Originally persuaded to reform – like ham – to help save a local music venue and for other vaguely charitable reasons, mclusky is the band but with Damien Sayell of The St. Pierre Snake Invasion playing bass and singing and is loads better (technical term) than it used to be, nostalgia be twatted directly in the eye.
14+ (U16 must be accompanied by 18+ adult)
7.00PM | £20
Buy Tickets
This site uses cookies: Find out more.