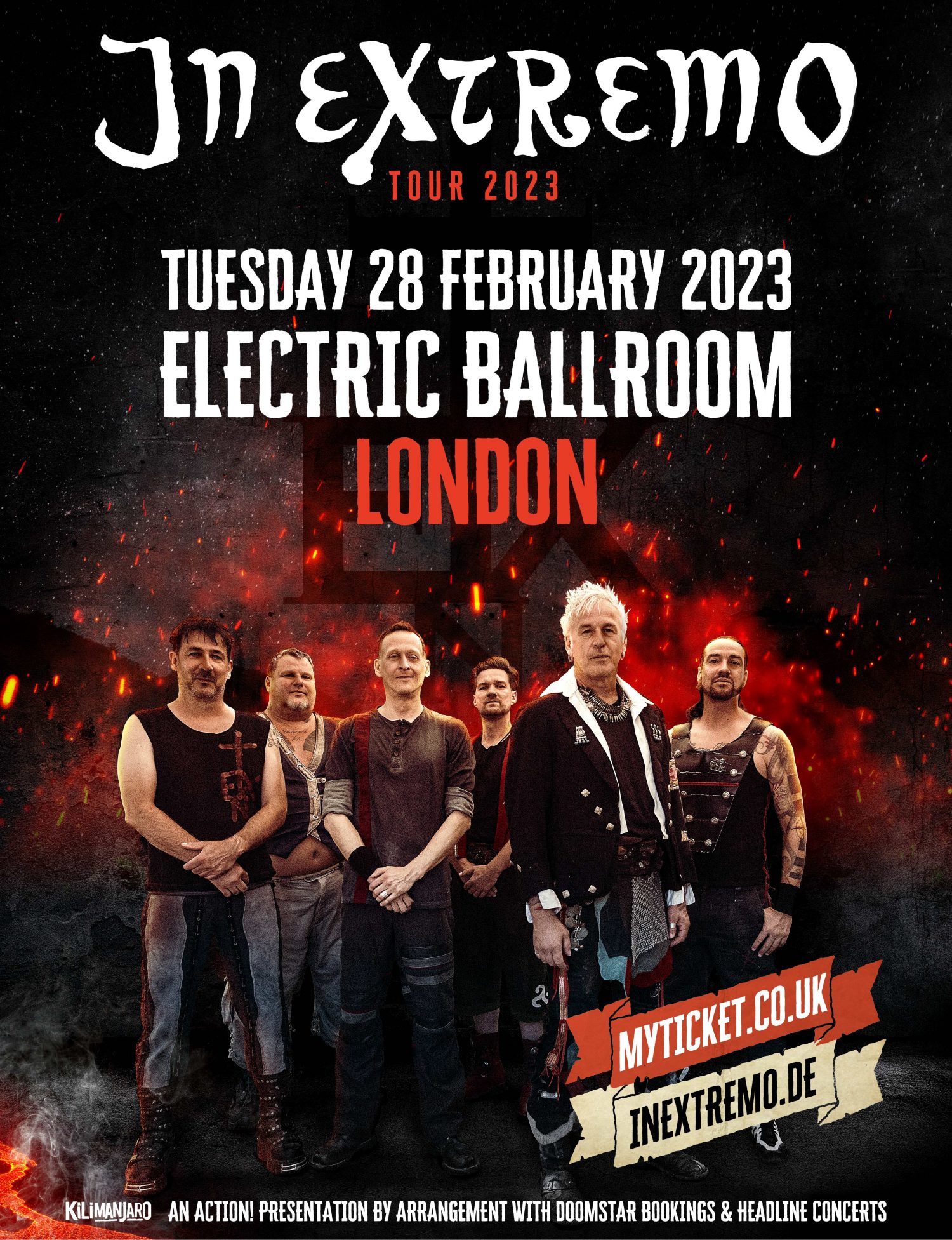 In Extremo and their music has no borders – The pioneers of medieval metal from Germany, toured the world on their musical journeys for more than 15 years. From Russia via Mexico to Japan they’ve met with nothing but endless hospitality, joyful sweat and good beverages of different kinds. It’s not only their lyrics that connect due to their different languages with their audience like no other, but also the energy the band still brings on stage after more than 25 years. That is why the European Tour in 2023 is nothing but a logical consequence to their history abroad. So fill up your pints, saddle your preferred means of transport and meet up for a memorable evening with In Extremo!

From an acoustic trio to one of the most successful German rock bands. From an idea, hard work, undeterred belief to several Top 10 and three No. 1 albums in Germany. To sold-out tours, trembling castles and the most loyal fans around the world. In Extremo set the groundbreaking for medieval metal with their founding in 1995 and the 6 still haven’t had enough!