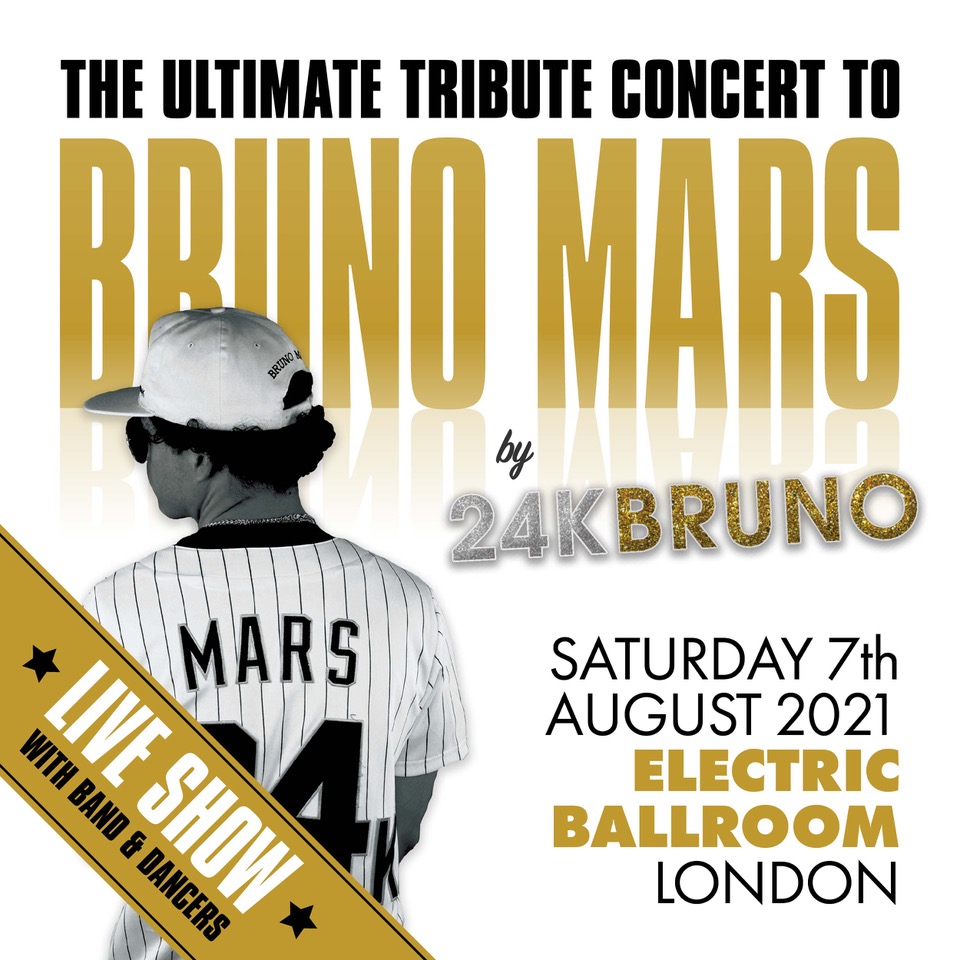 24K BRUNO is a powerful and energetic show that guarantees to get everyone dancing and singing the night away! Featuring worldwide smash hits including Uptown Funk, Treasure, 24 Magic, When I Was Your Man, and Locked out of Heaven, alongside many others, 24K BRUNO is the number one tribute to the incredible multi-platinum selling artist Bruno Mars.

Coming all the way from Aruba to showcase his many talents, frontman Andres Cruz has perfected Bruno’s outstanding vocals, mastered his groove, and maintains Bruno’s legendary stage presence throughout the show. He also plays piano, guitar and sings 100% live, just like the main man himself.

Andres is backed by the awesome 24K AllStar live band, who have performed alongside top international artists including Bon Jovi, Calvin Harris, Katy Perry and Kim Wilde, to name just a few. All of this is accompanied by the slick hip hop choreography, and explosive energy, of professional dance company Hip Hop Pop, who have performed around the world for other acts. This amazing cast, combined with outstanding visuals, stunning lighting, special effects, and authentic costumes, make this a show that we recommend all ages to enjoy, and is one not to be miss​.